Home» What We Do 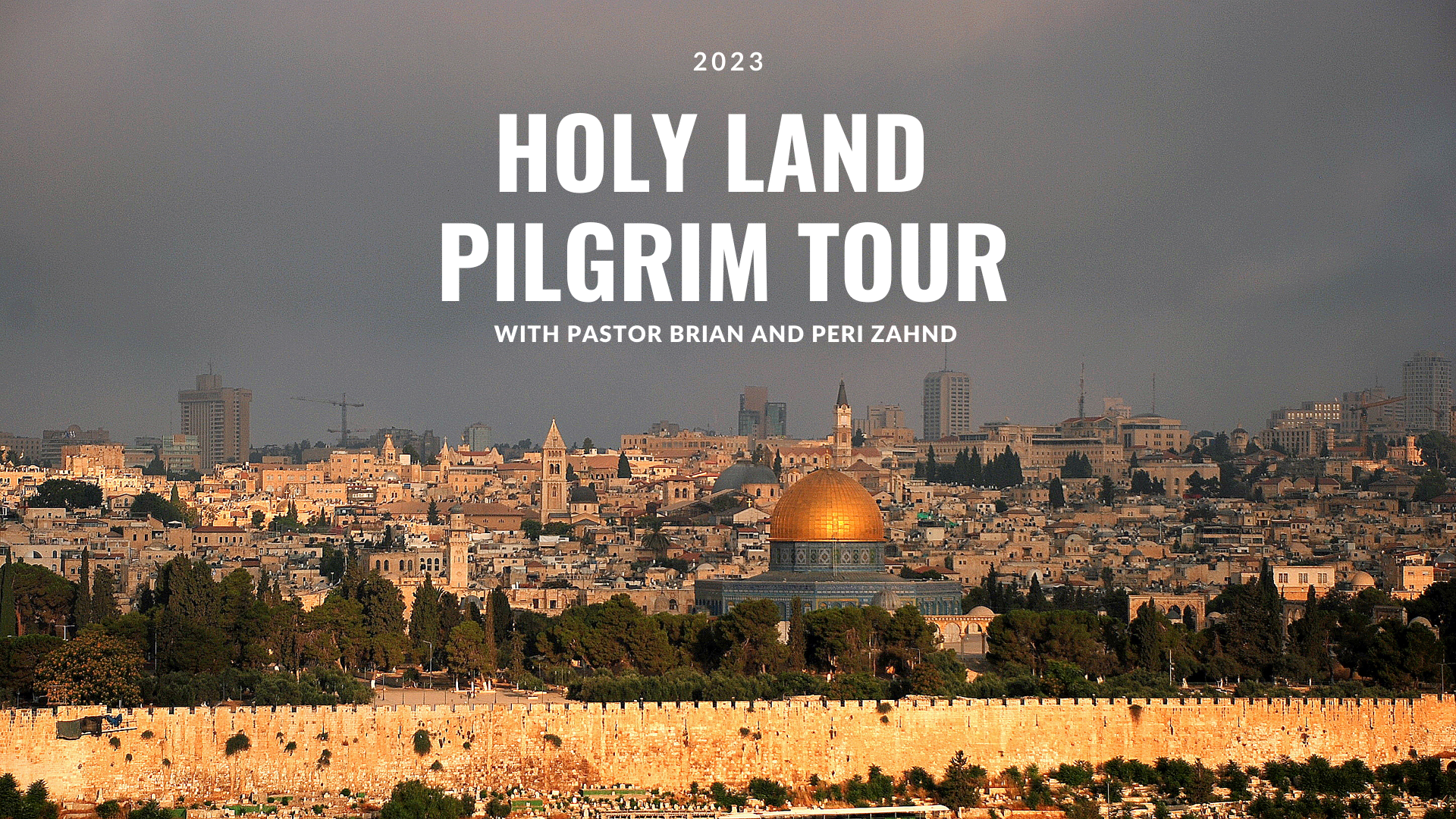 Tour officially starts at 8AM Wednesday, March 22, and includes lodging March 21.
Shared gratuity of $95 has been added to the total registration cost.
Extra nights can be booked with the travel guide.
Receipt and acceptance of registrations will be confirmed via email.

Price Includes LAND ONLY—AIRFARE IS NOT INCLUDED
We will help you make airfare choices if needed. Most people traveling from America will need to fly Monday to arrive Tuesday. 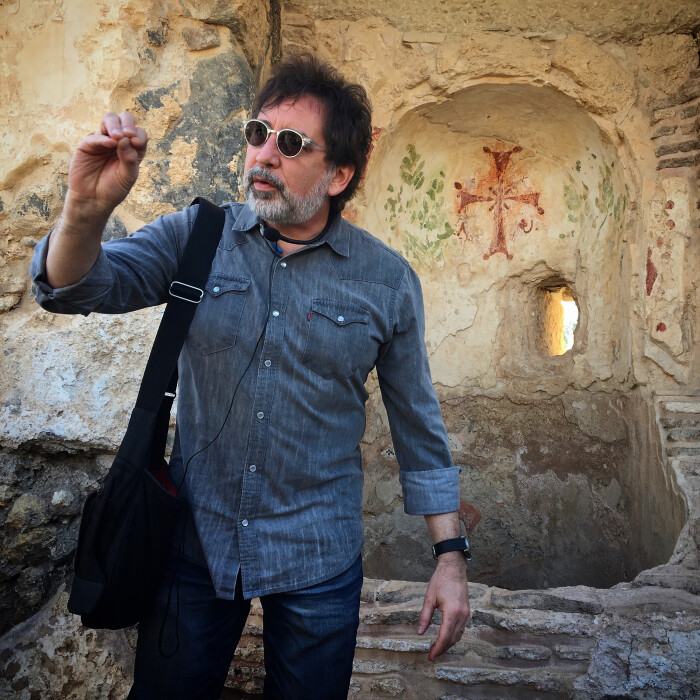 ADDITIONAL INFO
$950 Single supplement for private room. An effort can be made to find a suitable roommate for anyone registering alone, but the supplement will apply if we are unable to do so.

SPACE IS LIMITED and we expect it to fill quickly! A non-refundable deposit of $500 holds your spot.

A second trip will be announced once this trip fills up. 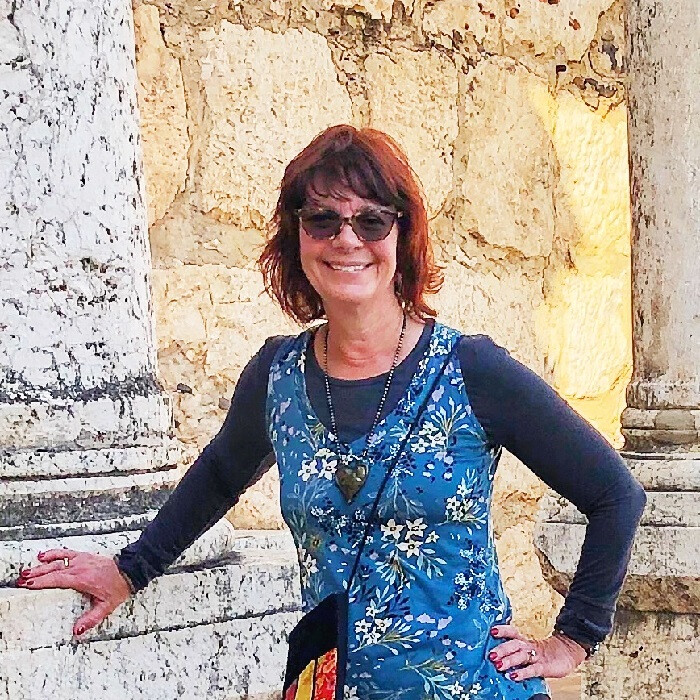 Wednesday, March 22
The tour officially begins at 8AM when we will depart Tel Aviv. We’ll travel north to Caesarea Maritima, the ruins of the luxurious residence of Pontius Pilate, including a theater and hippodrome. See the Roman aqueducts along the Mediterranean. Continue to Mount Carmel, where Elijah challenged the prophets of Baal. Visit Megiddo (Armageddon) with its 26 layers of civilization, including Ahab’s water tunnel. Visit Nazareth, the childhood home of Jesus, and the beautiful modern Catholic Church of the Annunciation. Overnight in Tiberias on the beautiful Sea of Galilee.

Thursday, March 23
We’ll spend this day right around the Sea of Galilee, where the vast majority of Jesus’ ministry took place. We’ll visit the Mount of Beatitudes and Capernaum, the ministry headquarters of Jesus, including the ruins of Peter’s mother-in-law’s house and the synagogue where he performed miracles. See new excavations at Magdala, the village of Mary Magdalene featuring a first-century synagogue. See the ancient “Jesus Boat”—a 2000-year-old boat that was discovered in 1986 submerged in the sea. Visit Peter’s Primacy, where after the Resurrection Jesus prepared breakfast on the beach. We’ll visit “the” mountain–Arbel, and even sail on the Sea itself. Overnight in Tiberias.

Friday, March 24
Check out of the hotel and travel south to Beit Shean, one of the most incredible archaeological excavations of recent years. Travel on to Bethlehem and explore the city, including a visit to the Church of the Nativity. Overnight in Bethlehem.

Saturday, March 25
Visit the Shepherd’s Fields, where the birth of Jesus was first announced. Visit Bethany, the home of Mary, Martha, and Lazarus on the southeast slope of the Mount of Olives, where Jesus stayed while he was in Jerusalem. We’ll go to the ancient city of Jericho and take cable cars to the Monastery of the Temptation, built into the cliffs above Jericho in the sixth century. Finish the day with a baptism in the Jordan River. Overnight in Bethlehem.

Sunday, March 26
Check out of our hotel to visit the mysterious Judean desert. We’ll see Qumran, where the Essene community of the first century created the Dead Sea Scrolls which were hidden for 2000 years and discovered by Bedouins only in 1948. We’ll also have an opportunity to float in the Dead Sea. Then it’s time to head up to Jerusalem, where we’ll stay for four nights.

Monday, March 27
Today we’ll be in the Old City the entire day. We’ll visit the Temple Mount, the Pools of Bethesda and the Crusader church of St. Anne’s, the Via Dolorosa, the Holy Sepulcher, the Cardo and Nehemiah’s wall. We’ll see the Jewish Quarter and the Western Wall, the Southern Stairs and exciting recent excavations nearby. We’ll also visit Mount Zion, including the Upper Room, the House of Caiaphas, and Dormition Abbey. Overnight in Jerusalem.

Tuesday, March 28
We’ll start our day at the top of the Mount of Olives, looking down over the Old City, and then walk down the Palm Sunday pathway, visiting the Dominus Flevit Church and the private Garden of Gethsemane, a beautiful tranquil place in the middle of the city. We’ll visit the Church of All Nations, a 20th century church built to replicate the Garden of Gethsemane at night. In the afternoon, we’ll see Yad Vashem, the museum dedicated to the memory of the Jewish Holocaust.

Wednesday, March 29
We’ll begin our day at the Garden Tomb and take communion together in a special service. The afternoon will be free to explore the city on your own. Our hotel is located an easy walk from the Old City. Or you might want to visit the Mahane Yehuda Market, or perhaps shop on Ben Yehuda Street, or explore the neighborhood near our hotel. In the evening we will have a special farewell dinner. Overnight in Jerusalem.

Thursday, March 30
The tour officially concludes with the farewell dinner on Wednesday night, and now it’s time to make our way back home. We will help arrange for transfer to the airport but at your own expense. Many people choose to check out of the hotel in the morning, leave their bags at the desk, and enjoy a free day in Jerusalem, departing for the airport in the evening. Keep in mind it’s an hour to the airport and airlines request you arrive three hours in advance of your flight, so a flight shortly after midnight would require you to leave for the airport around 8PM. Take full advantage of all your time there! Most people leave wishing they had more time! If you want a night or two extra (on either end) that can be arranged through our travel agent. We are happy to advise you as you book your flights, if needed.

We also recommend coming a day or two early if you can. Our Tel Aviv hotel is located within easy walking distance of Old Jaffa, the ancient port city where Jonah the prophet set sail to Nineveh and Peter had a vision while on a rooftop! There’s plenty to see and do, you can recover from jetlag, and it’s a safety net for delayed flights! (Pastor Brian and Peri were delayed 24 hours in March 22 due to weather in the US–it’s not unusual.)